Last year, I was fortunate enough to see Dr. Benjamin Bikman at KetoCon, and it was one of the best presentations I’d ever seen. I began following him on Twitter, and was excited to see that his team had published some new research.

He agreed to schedule some time to come onto my business channel, and the result was this massively informative interview where we learned about all kinds of things:

If this is a disease where we gotta control glucose, eat less glucose! It’s mind-boggling!

We finished off with some of his own personal philosophies on training, supplementation and BHB salt usage, and never letting your dietary choices negatively affect your family.

This is a must-watch interview if you’re interested in insulin, diabetes, the keto diet, or ketones in general: 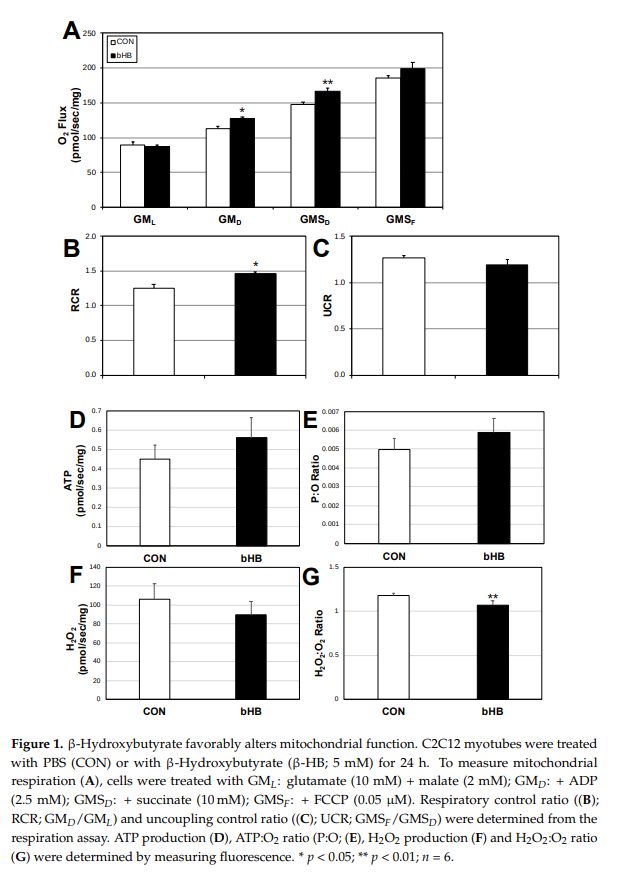 For our regular athletic readers, chart D is the area of greatest interest. BHB seems to improve muscle tissue health in nearly every parameter.

On top of the research above, we covered a lot of other studies. Here are some of them below:

The man who single-handedly made me love Twitter again… just clean the clutter out of that feed!

After watching the podcast interview above, you’ll undoubtedly realize he is a force of knowledge in the world of insulin, type-II diabetes, metabolic disease, and using a low-carb or ketogenic diet to combat them.

He is a must-follow on social media: