After a long hiatus, Mike and MetalBrian are back. 2016 was a legendary year for obvious reasons, but what many aren’t talking about is how epic of a year it was for music and heavy metal.

So here’s our respective Top 15 Albums of 2016, starting with MetalBrian:

I’m having a hard time thinking of a better year for heavy music. A year which saw a basically perfect album (Theories of Flight), bands getting back on track after slight detours (Katatonia and Amon Amarth), Mike Howe returning to Metal Church and sounding better than ever, Flotsam and Death Angel carrying the thrash flag with epic releases while their more popular contemporaries – Anthrax, Megadeth and Testament all mailed in shit records. 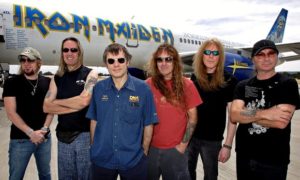 Just when we thought 2016 couldn’t be beat… the Book of Souls Tour continues into 2017!

I am proud to say I am not too cool for Metallica or Volbeat. I’m a sucker for great songs and both bands delivered albums full of great songs.

Every once in awhile a band comes along that I really connect with. Trees of Eternity and their incredibly talented singer Aleah Liane Stanbridge is that band this year. Sadly, Aleah passed away in April from a battle with cancer. This record is a beautiful tribute to her, full of emotionally powerful songwriting and one of the best vocal performances I have ever heard.

On the live front, I was lucky enough to see Iron Maiden kick off the Book Of Souls World tour in Fort Lauderdale. Impressive doesn’t even begin to describe the Iron Maiden machine in 2016. Metal Church live with Mike Howe! And it was worth the 27 year wait. ProgPower in Atlanta, Georgia in September, filled with once in a lifetime performances. Green Carnation – Light of Day, Day of Darkness live was magic, there are no words for it, you have to witness it to understand. Anneke and Devy sharing the stage, Fates Warning with Jon Arch performing Awaken the Guardian. What a weekend, I can’t recommend ProgPower enough – the most professionally run concert I have seen, first class all the way. 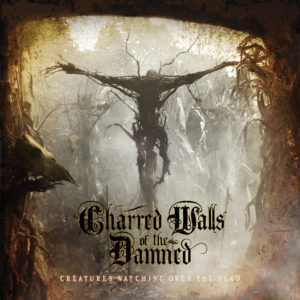 Airplay — especially in the gym — put this one way over the top. Ripper and crew can do no wrong!

Without question, Hetfield’s vocals tear it up and deserve a far better ranking. But I just can’t get past the slow, bland, and sometimes annoying drum beats laid down by Lars. He ruins the album for me, and I don’t see myself ever pulling this one out years from now.

By all indications, Theories of Flight is musically the best album of the year. But at some point, I came to realize that Charred Walls of the Damned was my workout music for about four months straight. Warm up, stretch, turn on the Ripper, and get to work. It works every time, and it got more play than anything else. Ripper can do no wrong, and this album is #1.

Gojira was my surprise of the year – a much-welcomed change of pace and sound from a band that maybe I haven’t given enough of a chance in the past. But going through their back catalogue, it seems that I’ve instead lucked into them morphing into my wheelhouse instead. 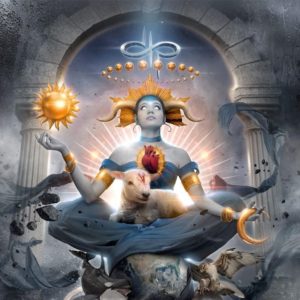 Devin Townsend is a very hit-or-miss artist… and Transcendence is a serious hit.

As a huge Devin Townsend fan, I’m happy to say that Transcendence is fantastic album. But DTP loses serious points for opening the album with a re-make of one of Devin’s older tracks in “Truth”.

Here’s a suggestion: if you’re going to remake a past hit, don’t make it worse than the original… and also don’t put it first. It sometimes stopped me from even wanting to start an otherwise fantastic album.

On the live front, I was also fortunate to see Iron Maiden three times with Brian. You’d think it couldn’t get any better, but then the 2017 tour dates came out. We’re each going to four shows so far – together we’ll hit Nashville, Dallas, and San Antonio. Then Brian will be at Charlotte while I’ll be closing down in Brooklyn. Up the Irons!

When Lemmy decided that his work on this planet was done, he left a gaping hole in both the musical scene as well as our hearts.

But what many don’t realize is that he is back where he belongs – with the Gods – and he unleashed the most wild year any of us could remember.