Warning: This post shows how much of a geek I am

Recently, I have begun working with Pligg, which is a Web 2.0 content management system modeled after the popular site Digg.com. I am interested in helping this project as there are a few things I’d like to do with it. 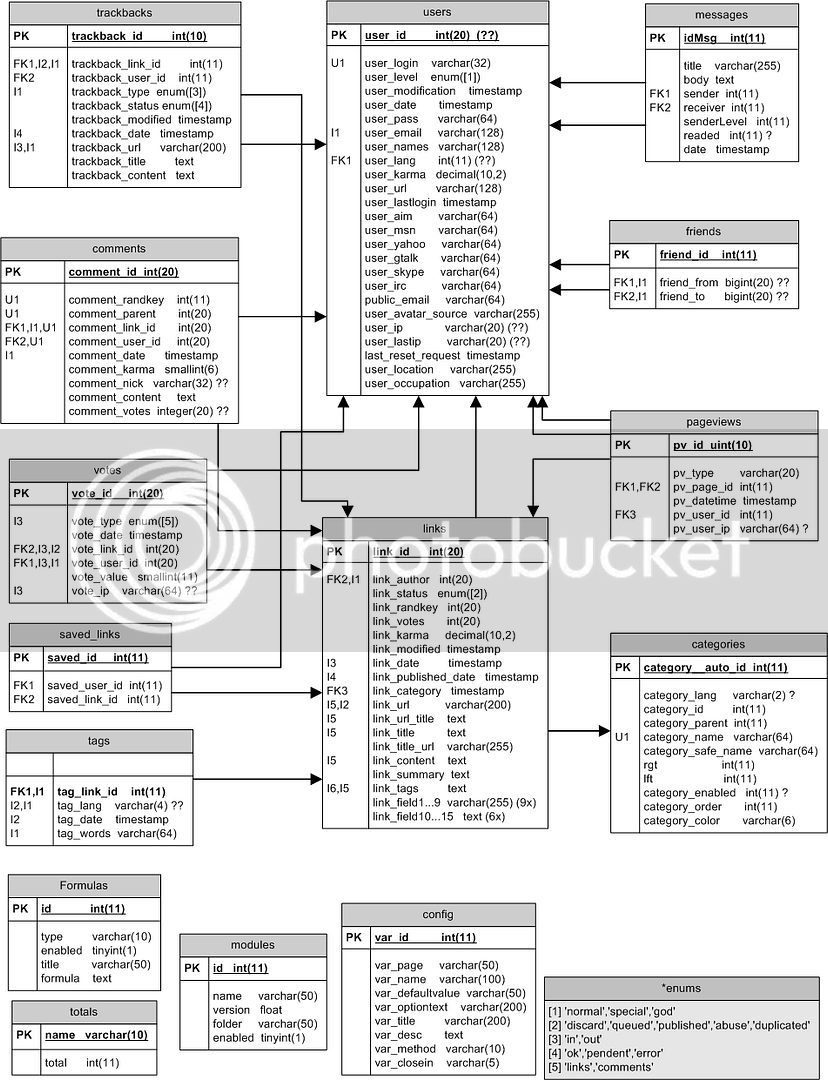 To start learning how Pligg operates, I decided to look at the guts underneath, diagram the Pligg MySQL database, and see what functions are making calls to the Pligg tables. For whatever strange reason, I love MySQL databases, so this was a good place to start.

I then created a Pligg wiki page describing the database tables while linking to the database diagram image and to the original MS Visio file.

I documented the database which is currently in the Subversion trunk — post Beta 9.1 code.

Here are more detailed table descriptions, and have many comments in bold.

Overall, this isn’t that complicated, and it works well. Let me know what you think of my suggestions, I’ve only designed one large website database on my own.

Next, I will investigate whether using InnoDB with Foreign Key constraints is a good idea rather than MyISAM, which is the current Pligg default.

I am now ready to start hacking away with some modules!

…and this is what I do in my spare time while you are watching too much TV.

Posted in Technology by Berto.

2 Responses to "Documenting, Diagramming, and Critiquing the Pligg Database"