There’s no question that a well-formulated ketogenic diet has incredible weight loss and fat-burning benefits, especially from those suffering from hyperinsulinemia or carbohydrate control issues, especially when paired with intermittent fasting. 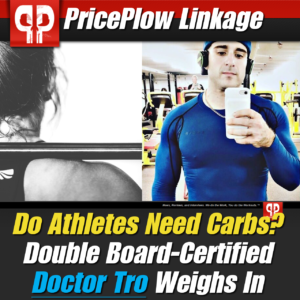 The reasons are frequently debated — whether it’s simply a restriction of calories, a leveraging of additional protein, or if there’s something more going on — but regardless, for many dieters who’ve been struck by our poisonous processed food supply, restricting carbohydrates to a bare minimum is vastly superior diet strategy. Especially since dietary carbohydrates are not required by the body.

But what about athletes? Doctor Tro weighs in with data

The keto diet, when done right, definitely works for weight loss, metabolic improvements, and fat loss. But here at PricePlow, we’re on the quest for athletic performance, so the question remains – can keto work for athletes?

It turns out that there have been several researchers asking that same question, and there’s been quite a few excellently-performed studies showing that athletes can perform well in ketosis.

One of the prominent names in the ketogenic diet community, Doctor Tro Kalayjian, put together the mother of all blog posts discussing this:

This is an important post because it shows how much the goal posts have been pushed back over the past decade. Originally, “everyone needed carbs” according to the “experts” (6-11 servings of grains per day, in fact)! That’s clearly not true. Now, the “establishment agents” have once again backtracked, stating that carbs are still required for athletes. That may not always be true either, now that we’re figuring out how to properly implement a carbohydrate-free diet for athletes.

Material Disclaimer: I consult with Doctor Tro, who has helped to coach me with dietary modifications after seeing my blood work. I also consider him a friend, but he is not currently my doctor.

Doctor Tro is an interesting story, not only because he’s a board-certified physician in both internal medicine and obesity medicine, but because he was obese himself. Using a meat-heavy ketogenic diet, Doctor Tro has lost 155lbs and kept it off, serving as an excellent example for his followers and patients. 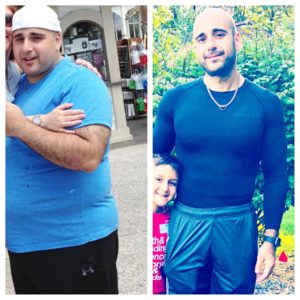 Doctor Tro took it upon himself to figure out why he was obese. He did – and turned out everything the establishment told him, from meat and eggs being unhealthy to eating 6-11 servings of whole grains to counting calories to eating several meals per day. All failed policies.

Get ready for some heat

But if you follow Doctor Tro on Twitter, you’ll note that he can bring some serious fire. Doctor Tro is angry at the establishment, and he has every right to be.

Like many other doctors, he was dispensing advice that simply didn’t work for his patients, and it sure didn’t work for him nor his family. He didn’t want to become a pill-dispensing drug salesman, he wanted to help people — and of course himself. So he figured it out. Knowing how to treat obesity — and the underlying addictions and cravings that often drive it — he now sees that nearly everything he was taught to do with regards to nutrition was completely wrong.

Doctor Tro did it using ultra low carb methods combined with fasting and plenty of healthy meat consumption — to defeat hunger first, and then make the weight and fat drop like crazy. It works, and that’s why he’s so great to follow. You can’t argue with the results that clinicians (the ones who actually see patients) are getting with these methods.

Note: This article was originally published on the PricePlow Blog, but I’ve moved personal and diet-related content here.

But when he sees ivory tower PhDs with no clinical experience promoting “calories” and “Pop Tarts” that are loaded with the deadly combination of refined carbs and seed oils, he gets angry. Very angry. And it’s a spectacular show to watch, because he’s the one getting clinical results.

Long story short, PricePlow Nation, I’m so happy to introduce you to Doctor Tro Kalayjian. You can also follow Doctor Tro on Instagram, but Twitter is currently where all of the science is at in this community.

My personal take on the athletic part?

While there are some extremely meat-heavy dieters having massive amounts of athletic success, I still think there’s a “best of both worlds” approach, utilizing quality carbohydrates (such as Cluster Dextrin) pre-workout, and treating them like a performance-enhancing drug, which is what I consider them to be at this point. There’s something great to be said for the “double rocket fuel” of utilizing both glucose and ketone bodies for fuel (possibly even combined with exogenous ketones from BHB salt), which also helps maintain metabolic flexibility. 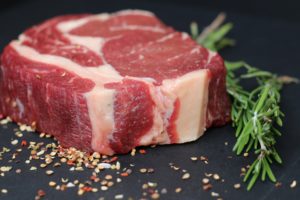 Red Meat is back on the menu, folks! Just don’t mix it with those disgusting seed oils

With that said, some people simply cannot just eat “some carbs” once a day (I prefer 50g). They fall off the wagon and in a bad way. Artificial sweeteners can do the same to them. And if that’s the case for a dieter who’s most focused on weight loss, it’s often best to avoiding them nearly completely… as well as the influencers whose focus are on hormone-enhanced athletes.

Finally, athletes looking to improve power to weight ratio, who have a tough time keeping fat off their bodies, should be very interested in testing this. Just be prepared to take time to transition:

Some advice: “keto macros” are not enough

Meanwhile, if you’re an athlete looking to attempt keto, know that it takes several months to get fully fat-adapted, and athletes should never compromise on protein, a mistake many keto dieters do while chasing ketone numbers. Guilty as charged here.

Additionally, the quality of protein is hugely important – ruminant meat such as beef remains far superior to poultry like chicken and turkey in nearly all aspects. Similarly, animal fat sources are also far superior to devastating industrialized processed seed oils falsely called “vegetable oils”. Chicken-breast-eating athletes who do not follow these tips will suffer terribly on a ketogenic diet. I cover much of this in my keto diet review, which covers many of these lessons I learned.

This is why I’m so excited to be getting PricePlow into the online meat kingdom with products such as grass-fed beef. High amounts of quality protein and animal-based fat (such as beef tallow) is truly the missing link for those who are trying to perform at a high level while maintaining ketosis.